Mondragon Team Academy (MTA) celebrated its 3rd anniversary on 23 April, with graduation ceremonies of the first eight LEINNs at Taihu’s Great Learning Center, two hours west of Shanghai. The event was held at the end of the special team activity week with a visit to Kunchan business park, where many Mondragon Cooperatives companies are located. The last joint session, “Creating Your Team Coach Character” of TEAMINN (team mastery) Europe and Asia, was held along with the first session of the first Korean TEAMINN. Cross-fertilization of the TEAMINNs were fruitful in the international atmosphere among seven nationalities.

Peter Senge was a special guest at the anniversary event, partly because of his role as the “good father” of the first LEINN team, but also because he was able to open doors to Taihu through his connection. Senge has been a vital presence in the world’s biggest market, China. In China, the 3rd anniversary is a tipping point: the company has survived three winters and finally it is spring time. Therefore, besides the first graduation of the teampreneurs, the event gave symbolic legitimacy for the organization (company) in Chinese culture.

Peter Senge’s advice for the youth is to “do what you are dreaming—hope is a matter of choice, and cultivate your sense of hope.” At his event speech, Senge repeated twice that now, even more actual ideas about team learning with teampreneurship have spread from Jyväskylä to the Basque country, and from there to China. He continued that the world has become unified, and the single countries do not play as important a role as they have in the past. Now the team learning virus is spreading out of Shanghai to other regions and Korea.

In China, everything is large in scale, but MTA China has displayed solid and high-quality managed growth. The unit has around 60 teampreneurs, including LEINN, MBA, and master students (MINN), as well as roughly 330 teampreneurs, who by this time have carried out their seven-week learning journey in Shanghai. Some Spanish teampreneurs have even stayed in China with their businesses after the journey. I was told that creating a business in China is even easier than in Finland during the first study year of the teampreneurs. By the third year, the teampreneurs’ mindsets are already truly international.

Spanish and Chinese teampreneurs are very dedicated to their duties, with a strong passion to serve the community, and they are enthusiastic, loyal, team-oriented, and driven to create something new. On the other hand, long hours without days off, little sporting exercise, or lack of privacy in the accommodations in the long-run may cause burnout or at least a reduced ability to create new business. Hard work and passion are part of MTA culture, creating team spirit and an organizational atmosphere. We truly have something to learn from it.

On the next story of two teampreneurs, Chinese Fengwei and Basque Pablo

One of the eight graduates was Fengwei Zou. Many of the team members were already experienced in business, but Fengwei’s asset is fluency in English, design management, and documentation. In March 2015, the team visited in Jyväskylä and MTA labs in Spain and the Basque country. Fengwei was inspired and strongly influenced by Johannes’s stories of Tiimiakatemia and its history. These stories influenced Fengwei to discover her potential and find her vision for the future. The team had demanding economic targets from the very beginning, but they ulfilled them quite well. Now Fengwei is establishing the first Impact HUB on the mainland of China with some of her teammates while others are either back at their old businesses or at the new ones they have established.

First teampreneur graduates of MTA China: Fengwei Zou third from left, Jose Mari Luzarraga seventh from left, next to co-founder of MTA China Lab; Peter Senge fifth on right next to one of the head persons of Taihu.

Pablo Jaime from Irun Lab is an excellent example of how a teampreneur can create constant business in an international market. He and his team member never returned to the Basque country after their learning journey one year ago, but they continued studies at the Shanghai lab, in addition to entrepreneurial activities. At the celebration event, their music business was awarded for being the most revolutionary project. At the music lab, Pablo and four partners focused on teaching music while developing creativity skills, which are really needed in China. Their niche solution is to provide service in English as an added value. In July, they will graduate on time and will expand their business into educational and consultancy areas.

Pablo has found it notably challenging to start a business as a foreigner in a global environment. Finding a trustworthy partner has not been easy. Over the winter, he met four teampreneurs from Jyväskylä at a bar when he heard them speaking Finnish—that was a very concrete benefit of the learning journey to Finland. Pablo would encourage all teampreneurs and students to work in a global market, notably in China! 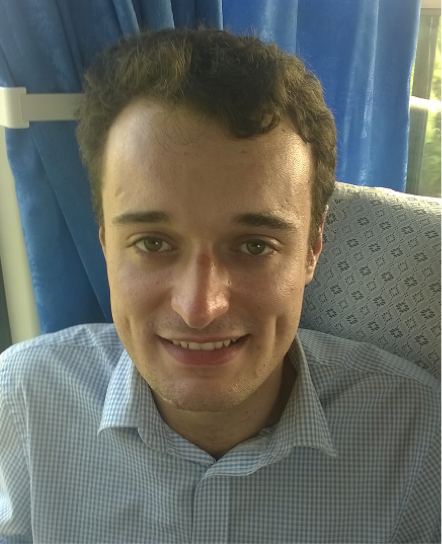 My personal takeaway was that we Finns should be even more internationally minded: take action and seek new business opportunities globally. In addition, commitment and putting your soul in the game inspired me once again. The MTA world has already co-created 76 Impact HUBs and the next one will open in May in Amsterdam. They have some plans for Finland as well, but the timing and location are yet to be determined. Each of us could make a bigger effort toward team learning, not only in our own organization but also globally. We need action, action, and action in addition to planning and fruitful dialogues in hot tubs and smoky saunas to conquer the world!